Maj. Dean Eckmann is a soft-spoken North Dakota native whose lifelong love for military aviation transformed him, in one profound moment on September 11, 2001, into what he acknowledges to be “an eyewitness to history, to the day that changed all of America, forever.”

On the morning of 9/11, Eckmann, 36, was with his Fargo-based 119th Fighter Pilot Wing at Virginia’s Langley Air Force Base for a routine week-long ‘alert dispatch’ to protect seven American sites tagged, in “post-Cold War and pre-9/11 naivete,” he says, as potential targets.

At the unmistakable blare of a Klaxon horn, he abandoned his scheduled training mission and was ordered to his fully armed fighter jet, and became the first pilot scrambled to fly over — just 700 feet over — the flame-engulfed Pentagon just about four minutes after terrorists attacked.

He and two wingmen spent more than five hours that day, securing and protecting miles of Washington D. C. airspace, the White House, Washington Memorial, Jefferson Memorial, Capitol Building and other American landmarks, from the ground up to 30,000 feet in the air.

His perspective of the horrors of that tragic day, viewed from the cockpit of his F-16 fighter, has been captured for future generations and history books in the Air Force-commissioned painting, “First Pass: Defenders Over Washington” by artist Rick Herter.

Herter, 44, has also completed for the Air Force a painting entitled, “Ground Zero, Eagles on Station,” a re-creation of the scene of the terrorist attacks on New York’s World Trade Center Twin Towers.

The pilot, the artist and prints of the paintings have toured the country to rave reviews, giving Americans a bird’s-eye view of the magnitude of the tragedy of that brilliant September morning.

The original oil renderings of both scenes hang in the halls of the refurbished Pentagon in Washington D.C., alongside many other original art treasures depicting famous battles and events in American military history.

The Art of Combat

Herter’s mother, Diana, is president of the Dowagiac (Michigan) Art Guild who describes her son as “an artist with the soul of a pilot.” As a member of the elite Air Force Art Corps, he spent two weeks flying with combat missions in Iraq as research for paintings of current military actions.

The fighter pilot and the artist are now good friends, but they didn’t know each other until the Air Force called Herter in November 2001 and inquired about his interest in painting the official 9/11 scenes.

Although he gives all of his Air Force-commissioned paintings to the government free of charge, Herter said he never hesitated when asked if he would speak with the pilots, research the events and commit the September 11 attacks to canvas.

“I jumped at the opportunity. I knew this was history,” he said, pointing to the “Defenders Over Washington” painting, with its mountainous clouds of black smoke billowing upwards from the Pentagon to nearly touch the underbelly of Eckmann’s F-16.

The morning of 9/11 began “so normally,” Eckmann says. “I was getting ready for a training mission when the Klaxon alarm went off and we scrambled to our ‘hot’ (armed) planes. When you’re scrambled, you get to your jet and do what you’re told.”

He’d heard that a plane had crashed into the World Trade Center, but assumed it was “a puddle jumper, a tourist plane, that lost its way and had an accident.” As a former commercial pilot for Northwestern Airlines, Eckmann said the idea that a fully loaded commercial jet could be plunged into an occupied building was “inconceivable.

“We all had a false sense of security,” he says. “Even on alert, before 9/11, we were focused on a danger coming in to us from outside, not coming the inside as it happened that day. To take a commercial airliner full of people and force it into a building? No one in America could imagine anything so evil.”

Eckmann says he was originally ordered to “heading 010,” and immediately recognized it as New York. In retrospect, although he was unaware of it at the time, he says at the moment he took off from Langley, a second airliner was plowing into the second tower at the WTC.

En route to Manhattan, Eckmann received a revised order and a new heading, which he recognized as Washington D. C. Still, he was relatively unworried, he says, still being 75 miles away and with no smoke yet visible on the horizon. He associated only the apparent trouble in New York with his new heading and assumed he’d be “flying CAP” — Combat Air Patrol — over Washington as a preventive measure.

At 50 to 60 miles out of Washington, Eckmann got his first sight of smoke — thick black smoke — pouring across the Potomac.

The Smoke’s Source: The Pentagon

Flying high, still miles out and unable to make out buildings or structures, he searched his memory, he says, to identify the smoke’s source. At 35 miles out, as oceans of smoke continued to pour from the site, he realized the unknown horror was taking place somewhere near the Pentagon: “an accident at Reagan National Airport, perhaps,” he says.

“At 20 miles out, I knew it was the Pentagon, and I’m thinking: truck bomb,” he said. “That’s what we thought most of the day, in the air. I thought, ‘we’re at war.’ But even flying at just 700 feet, I couldn’t — no one could — see that an airliner was burning inside the Pentagon. The smoke was too thick and, no one could conceive of that.”

That initial perspective, and his bird’s-eye view of the flaming Pentagon, with so many historic American sites in the background, is the focus of Herter’s painting.

Two subsequent orders confirmed Eckmann’s fears of an attack. The first was to confirm the Pentagon was burning. The second was to identify two unknown aircraft in flight toward the Pentagon. Those two aircraft turned out to be “good guys,” Eckmann says, one a Medi-Vac helicopter and one a chopper from the local police, heading in to try to assist Pentagon victims.

Eckmann immediately set off to “buzz the Mall,” he says, or overfly the Washington government complex. His eyes scanned the ground, searching for a yellow truck or anything that might be another truck bomb heading for another landmark.

He and his wingmen maintained skywatch over Washington for nearly six hours, refueling twice in-flight, until being returned to Langley for just an hour before heading out again.

At Langley, he heard the mechanics expressing shock and horror at “what happened to the World Trade Center towers.

“I still didn’t know at that point,” he said. “I said, ‘What towers? What happened?’ And they told me the towers had collapsed, that someone had flown commercial airliners into them. I couldn’t believe it.”

At home, his wife had spent the frantic day fielding more than 50 phone calls from friends and relatives wondering whether Eckmann was flying that day, and if so, in what aircraft and for which employer, the U. S. Air National Guard, or the commercial airline industry.

Both Herter and Eckmann say they’re awed by the notion that what they’ve seen and done will inevitably become as much a part of the American historical fabric as the scene of George Washington crossing the Delaware River, or the first film footage of the attacks on Pearl Harbor.

“This is what no one else saw and could not see,” Herter says. “Only a handful of people ever saw the immediate aftermath of the Pentagon attack and this is the first sight of it. There are no aerial photographs of the Pentagon burning, because Dean (Eckmann) and his fighters did their jobs — protected the nation’s capital, secured the airspace. No one else got in, thanks to them.” 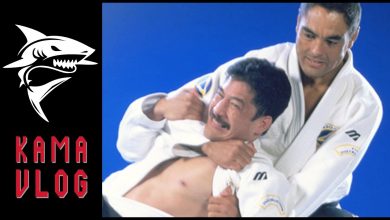 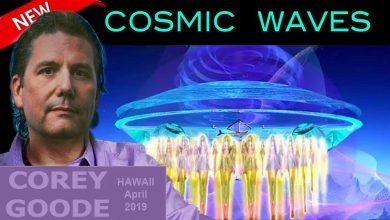 How To Spot The Best Academic Books On Manga And Anime 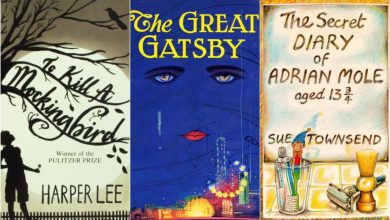 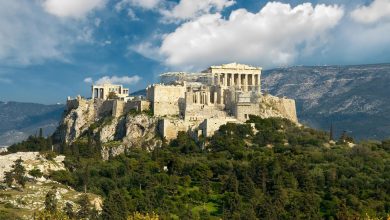 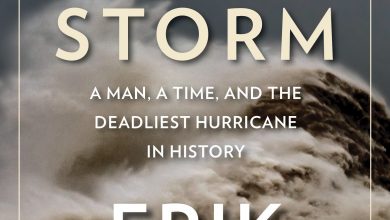 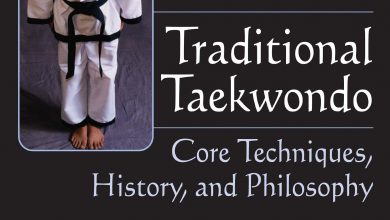 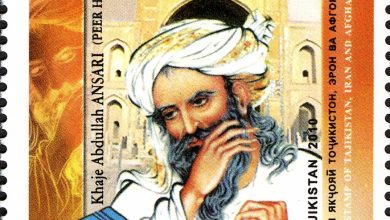 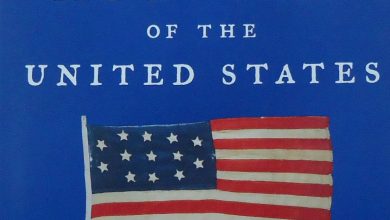 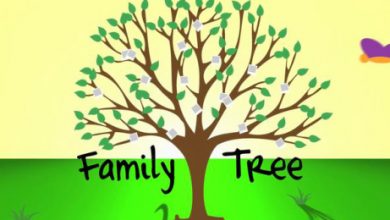 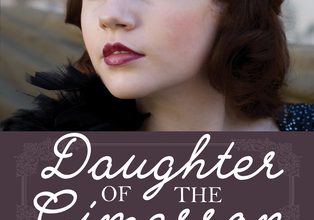 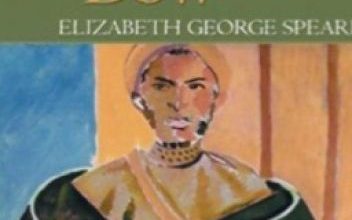 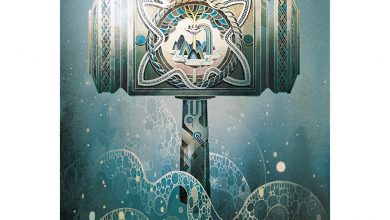 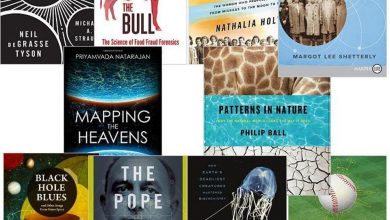 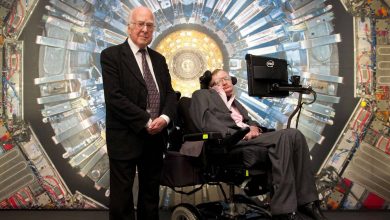 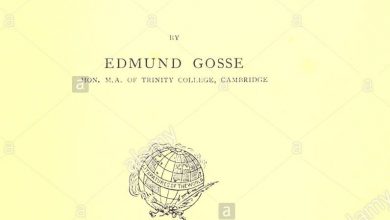