Jack Higgins book titled East of Desolation is a thriller with a complex plot that will keep you wanting to read more. The book is fairly short at only 244 pages with chapters of about ten to fifteen pages in length on average. The story is based on the lives of several aviators and mischievous insurance people who meet by chance and end up tangled in a murderous plot.

Joe Martin is the main character in East of Desolation. He is a level-headed, tough pilot who gives charter flights to people visiting Greenland for business or pleasure. His daily duties include flying people to local fishing spots and flying supplies to various businesses in his vicinity. One of Joe’s best friends is named Arnie Fassberg, and he and Joe are the only two people on the island who have planes outfitted with skis and floats, allowing them to take passengers to desolate areas of the country.

While at a bar one night, Joe and Arnie meet a world-renowned movie star named Jack Desforge. Jack is a John Wayne type of man. He is rough, rugged, good-looking, and attracts females wherever he goes. The three men also happen to meet a group of men and a widow named Sarah Kelso who are in town on business. The leader of the group is a man named Vogel who claims to work in the insurance industry. He approaches Joe one night asking for him to fly the group to a local plane wreckage that is only accessible through the air.

From the start, Joe can sense something very strange about Vogel and his associates. Vogel tells Joe that the wreckage is very important for his business because he has to pay insurance claims to the widows of the men who died at the wreckage. However, Vogel’s story is not consistent, and one of the deceased men’s widows, Sarah Kelso, is not showing any type of sadness. Joe agrees to fly the mission regardless due to the large sum of money Vogel will pay and to do a favor for the supposedly grieving widow.

Joe soon flies over the wreckage and notices that it will be extremely hard to land on the icy surface surrounding the plane. Even if a landing occurred, it would take approximately three hours to ski to the wreckage. Martin still flies the group and skis with them to the wreckage only to find out that the story keeps getting more suspicious. Sarah Kelso’s widow is buried in a shallow ice grave wearing his wedding ring but with a false identity on him. Also, there is a fresh pair of snow tracks in the vicinity with oil stains on the snow. Obviously someone had been to the wreckage in the past day and Joe Martin was missing something important.

Vogel and Martin and company return to Martin’s hometown and all meet at a local establishment for drinks. Some drunken sailors enter the bar led by a man named DaGama, a dirty man with the strength of a giant. They quickly start a fight with Desforge and Arnie, only to be broken up by the local law enforcement just before someone gets killed. Everyone involved gets bruised and bloodied, but DaGama leaves extremely angry after having a chair broken over his head.

Soon, the real motivation for Vogel’s trip to Greenland becomes clear; there is a large fortune of emeralds located at the plane wreckage. Not only is there a large fortune, but Vogel, DaGama, and other hired hands are working together to obtain the jewels and destroy anyone who gets in their path. The jewels come into the wrong hands and end up going to Desforge, Arnie, and a woman named Gudrid who is trying to land a role in one of Jack Desforge’s upcoming movies. Vogel does not like having his emeralds with a stranger, so he has DaGama and his drunken sailor friends follow Joe, Jack, and Gurdrid and punish them in any way possible.

Several times in the story, Joe and his friends find themselves on the wrong end of violence and greed. For example, Joe is walking near the pier late one night and is struck on the back of the head by a lone assailant. He wakes up several hours later in the storage compartment of a smelly, rotten fishing boat. Joe soon realizes he is in DaGama’s ship and is facing certain death. However, fight his way overboard and swim to shore in the icy Greenland water. Joe is not the only person injured and tortured in the book, however. Arnie is also shot and killed late one night and everyone expects DaGama has struck again. Later in the book, we find out that is was actually Jack Desforge who killed Arnie with his own gun. Jack was not receiving any movie roles and decided that the easiest way for him to gain money and continue his easy way of life was to steal the jewels himself. However, Arnie resisted and Jack killed him with a shotgun fired at close range.

Joe does not know at this point that Jack is now a third party fighting for possession of the jewels. The two of them continue to run from Vogel and his hired hands and to simply stay alive. Eventually, Joe arrives at a home where there are guns firing repeatedly to find DaGama holding a young woman named Ilana hostage. Joe is now a hostage as well since he is unarmed and was shot in the wrist area before entering the home. DaGama demands Joe go outside and tell Jack to stop firing at DeGama and the house or Ilana will be killed. Joe obeys DaGama’s commands, realizing he has no other options, and convinces Jack to come into the open.

While the men are standing out in the open and trying to negotiate the best possible scenario where everyone can live, everyone stays out of jail, and Vogel can have his jewels, Jack comes up with a plan. Since the guilty men in the party were Vogel, DaGama, and Jack Desforge, the three of them would split the jewels evenly and leave the country together. Desforge and Vogel would split the jewels fifty-fifty while Joe and Ilana can live peacefully and out of harms way. Jack seems to have a strange look on his face however and when they take off on Joe’s plane to leave the country, Ilana and Joe realize just what Jack has done.

Jack knew he would be killed in the near future no matter what he did. Vogel and DeGama would never be fine with splitting the fortune and they would simply put a bullet in Jack to get rid of him. Therefore, he flew himself, Vogel, and DeGama into the air for only a minute before voluntarily crashing the plane into a mountain. This way, all three guilty parties would be taken care of and Joe and Ilana could truly live without concern. Before leaving, Jack gave Ilana his belt containing several pouches. No one realized it at the time, but this was supposed to be the bag of jewels. She opened the pouches to find pebbles; the jewels were missing. However, Joe returns to an area nearby where he was running from DaGama and Vogel earlier in the day to find his stash of jewels in a small pile. Joe smartly replaced the emeralds with pebbles earlier in the evening to make sure they were out of the wrong hands.

Jack Higgins’ book East of Desolation is a thrilling, murderous story with a happy ending. Although Joe Martin is shot in the arm, beaten, loses his friend to DeGama, and does not have much luck in business, he ends up with a fortune of emeralds. The author does not say what happens to Joe and his jewels, but the reader can assume that Joe and Ilana live happily ever after with their newfound fortune. Overall, this story is captivating and will keep you reading for hours. I rate this book a 4 out of 5.

Rich Dad Poor Dad - How Much Are You Going To Pay For Being Ignorant? 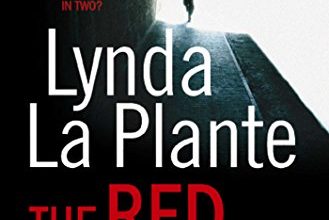 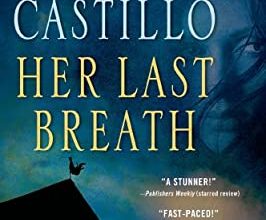